A forecast for the use of autonomous vehicles in 20 years

You are here: Home / A forecast for the use of autonomous vehicles in 20 years

A forecast for the use of autonomous vehicles in 20 years

Zeev Shetach, founder and CEO of information security company Comda, details the time estimates for the use of autonomous vehicles and the challenges to be solved

When will we really start seeing autonomous cars, without a driver, joining our paths?

According to Zeev Shetach, the founder and CEO of the information security company Comda, not before 2035.

What are the reasons?

“The main reasons are the absence of the conditions required for such a revolution, e.g.: a need for multi-system management, not only of the vehicle manufacturers and technology companies, which will allow for the advancement of autonomous vehicles.

Roads – there are not any plans for even one such road; after planning – the stage of implementation will come, which will encounter opposition from the authorities.

Signs – special and appropriate signs, information security, reference to emergency situations and distress, the preparation of laws and regulations – which has not yet begun, training courses for the general public, the deployment of a 5G cellular network suitable for this specific purpose. 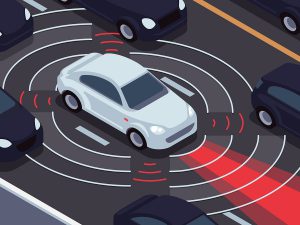 On the other hand, it is possible to compare electric cars to electric trolleys (driven by people), Which operate in special (electric) paths. That already exists, but an autonomous vehicle is more complex than electric trolleys “.

What are the elements that significantly threaten to delay the entry of autonomous vehicles into our lives?

What challenges should be solved before the vehicles are fit for private use?
“As long as the goal is to allow vehicles to reach point to point (such as a train or a trolley), then this is a relatively simpler preparation and appropriate infrastructure can be prepared. Once the goal is to reach a situation where paths cross each other, the network becomes more complex and should be managed from a central traffic control center. It will be necessary to upgrade the existing transportation control center, to prepare a plan for the next 10-15 years and to set goals and objectives in stages.

At present, Israel’s road infrastructure is not suited to autonomous vehicles. The signs and markings we respond to while driving are not suitable for photography and decoding by the camera of the autonomous vehicle.

Weather conditions may also affect the new vehicle systems and there is no way of knowing how the vehicles will work under extreme conditions (heavy snow or hail). Although these conditions are considered rare in our country, their power should not be underestimated. Even today, during heavy rains – the roads are flooded and there are many traffic disruptions. Autonomous vehicles will find it difficult to manage under unfavorable road conditions.

Autonomous vehicles will need continuous and stable computers communication. About three years ago, a team of experts managed to penetrate the Cherokee Jeep’s semi-autonomous vehicle and cut off the Internet broadcast. We can assume that the Cherokee security system has improved significantly since then, but still, the protection is not enough. Such a threat can be expressed by exposing personal information about the driver’s behavior, disrupting the vehicle’s systems or even changing the route of the car journey.

In addition, there will be a change in the business model of vehicles and the driver’s perception: vehicles will be perceived as a service and not property (instead of purchasing an autonomous vehicle according to the existing model, people will prefer to rent autonomous car services that will be offered in the future by car industry giants).

The change will resemble the change that the computer industry is going through, and  flourishing companies that offer services (e.g. Amazon, Google or Microsoft), compared with companies that offer products (such as EMC, Microsoft or IBM). I assume that car manufacturers already understand that they have to plan for a future in which there are more service vehicles than purchased cars. ”

What is the effect of the regulation on the entry of autonomous vehicles into the Israeli market?

“Regulation in the field of autonomous vehicles does not yet exist in practice.

In Israel, it was reported that a road segment will be opened for experiments of autonomous vehicles between the coastal highway and the Ayalon Highway. ”

How does this affect the world of employment?

At first, it is expected to change the structure of the manufacturers’ profits, which will cause the disappearance of companies that fail in their assessments. Companies that survive – will have to rely more on software and robots and less on human production lines like today. It is necessary to plan, step by step, the income and expenses and see where this leads the company economically. From here, it will be necessary to derive the structure of employment and the type of workers.

New industries will develop, such as: robotics, cameras, electric batteries, service and maintenance of vehicles, nationwide electric networks. Garages will need to acquire different skills in the software and the manufacturer’s test tools (which is already happening).

High-tech industries specializing in the development of AI artificial intelligence systems for autonomous vehicles and their supporting infrastructures, as well as sensor industries, and information security and communication for autonomous vehicle fleets will flourish. So will concierge services on the sides of the roads (fast food, etc.)”

“Autonomous vehicles are definitely the future, but a mobilization of a host of authorities (transportation, law, treasury), as well as manufacturers without conflicting interests should take place in order to advance the issue. ”